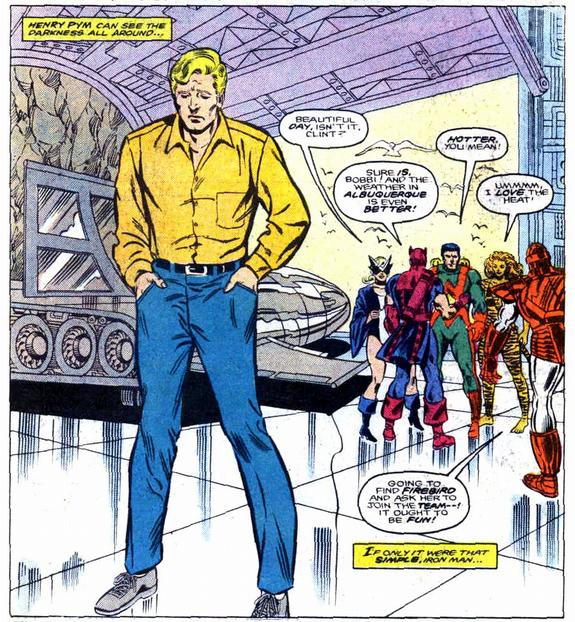 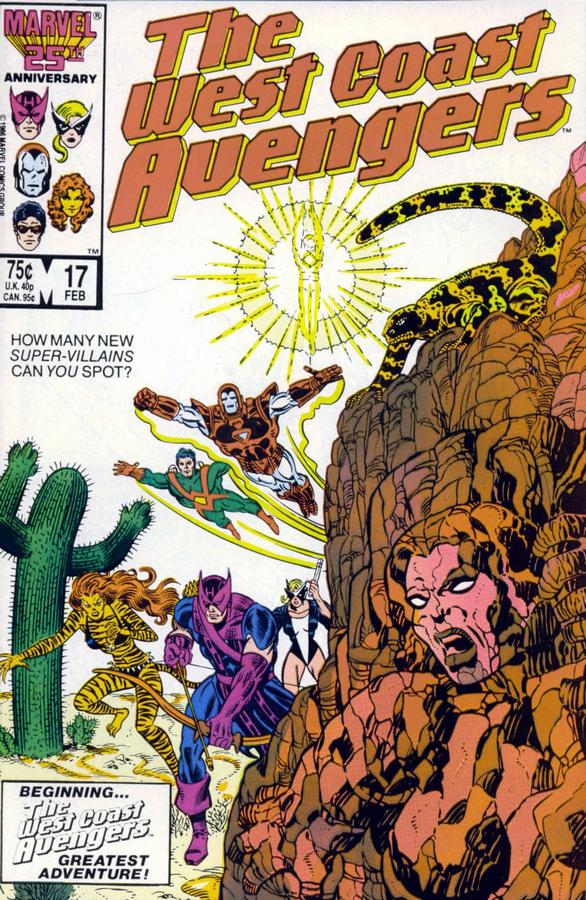 The team heads to New Mexico to recruit Firebird, which brings them face to face with the villainous Sunstroke, Gila, Butte and Cactus (hey, the villains can’t all be winners!), who are all working for – you guessed right! – Dominus.

Well, Hawkeye finally wises up and decides to recruit Firebird  to the team (though Tigra is still reluctant to have her on the team). The team goes to New Mexico and is confronted by four of the worst villains you can imagine. It’s fights like this that helped establish the West Coast Avengers as a poor man’s Avengers. Where is Kang? Where is Thanos? By this point, I’d be thrilled to see them taking on Batroc the Leaper.

The big twist with the issue is that Dominus sends the team back in time with one of Doctor Doom’s time machines (how many of these things does he have anyway?). As the cover suggests, this event kicks off the team’s “greatest adventure”. Personally, I remember it as the adventure that never ended. Maybe it won’t be so bad the second time. We’ll find out soon enough. That said, what happens next has serious consequences for the team and will affect things for years to come, and was even touched on in the recent issues of Hawkeye and Mockingbird by Jim McCann and David Lopez.

What really surprised me here was how Pym’s suicide is handled, which at times is heavy-handed and other times thoughtful. For instance, the scene where Pym gives his final instructions to the compound’s gardeners – a bunch of extras from The Warriors – is painful, but Pym’s “final” conversation with his ex-wife Janet packs a nice emotional punch, a rarity in the book. I don’t recall reading this specific issue, so I don’t remember what 12 year old me thought about the B-plot where one of the main characters is taking care of any last minute stuff before he puts a gun to his head. I can’t imagine being able to process the severity of what was happening.

Boast. I’m cool with this issue. There’s a good balance between the two storylines with two nice surprise endings. Plus, it gave me one awesome West Coast Scene (of the week). Take it away, Bonnie “Prince” Billy…or Johnny Cash!

Well, you’re my friend, and can you see?
Many times, we’ve been out drinking;
Many times we shared our thoughts.
But did you ever, ever notice, the kind of thoughts I got? 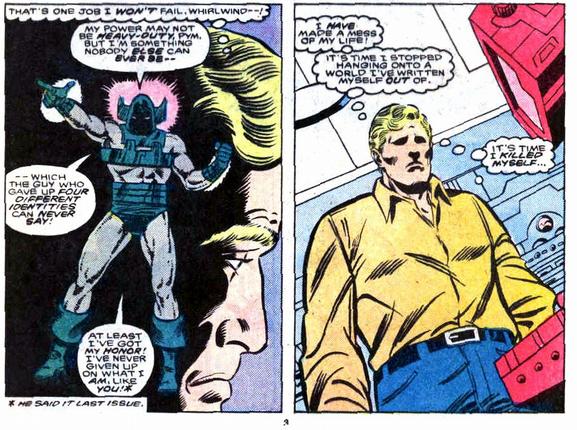 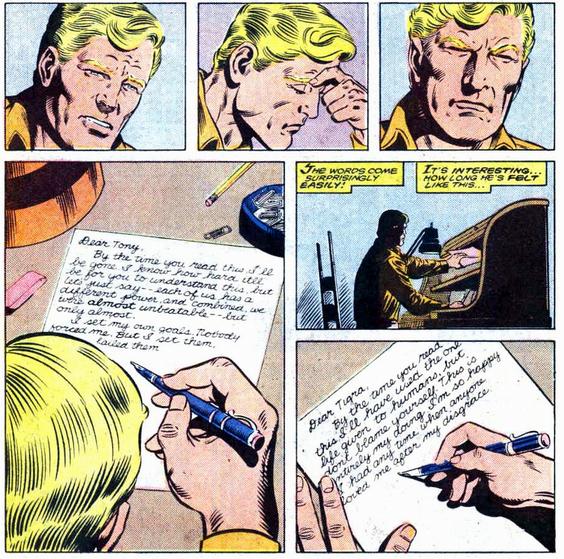 Did you know how much I love you?
Its a hope that somehow you,
Can save me from this darkness.

Well, I hope that someday buddy
We have peace in our lives;
Together or apart,
Alone or with our wives,
And we can stop our whoring,
And pull the smiles inside,

And light it up forever,
And never go to sleep.
My best unbeaten brother,
This isn’t all I see. 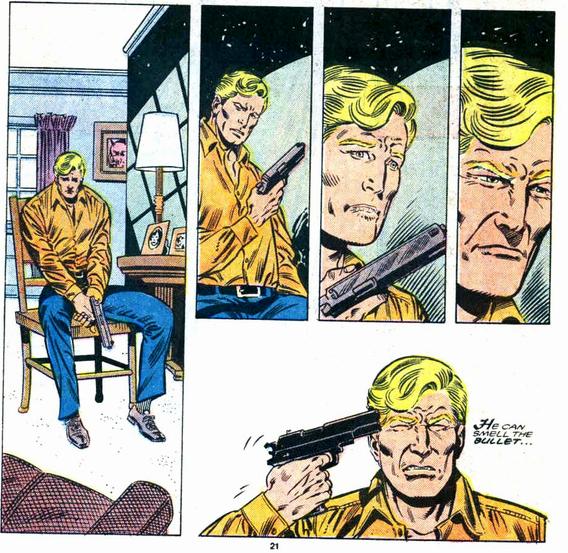 – “I See a Darkness” lyrics by Bonnie “Prince” Billy.