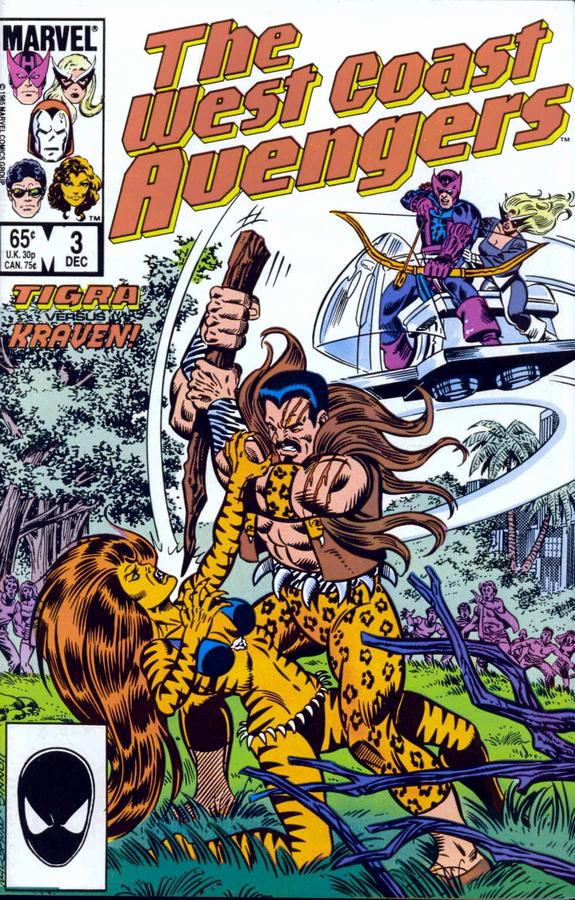 After a lot of brotherly hugs, the West Coast Avengers leave Vision and Scarlet Witch in the mountains to have sex in the woods. On the way back home, Tigra feels like she let the team down and runs away in a hissy fit. And without trying, she ends up face-to-face with Kraven the Hunter. Hank Pym asks to stay with the team, but not as a member. All the while, the team is still searching for its sixth member.

The beginning of the issue continues from the events in The Vision and the Scarlet Witch #2. Luckily, this scene is brief and contains only one brotherly hand shake and one brotherly hug between Vision and Wonder Man.

Everyone gets a scene in this issue for the first time since the series started. Hawkeye and Mockingbird get to have a walk on the beach and a conversation that reads like it was written by someone who was never married. Wonder Man gets to be his Hollywood self again. Pym steps up and defines what his role in the book is going to be. Iron Man gets to air out some of his recent problems in front of the team. And Tigra gets a big old fight with Kraven.

The fight between Tigra and Kraven is divided into two parts and it’s not bad. As the cover suggests, Mockingbird and Hawkeye appear in the nick of time to save her and help to teach Tigra a lesson on team work.

The Thing’s appearance at the end is also a lot of fun and a nice surprise (I didn’t even remember it). In fact, between Kraven and the Thing, I really like how off the wall the book is willing to be with its guests.

Boast! I’m happy to report liking this issue. I was beginning to think this would never happen. There’s a good balance of action with the usual self doubt and angst that appears to be defining this series. And it has a fun ending too.

Now we know what Tony really thinks of Jarvis. 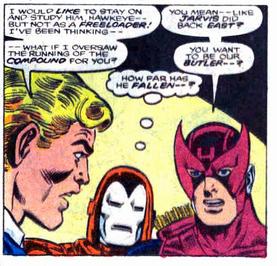