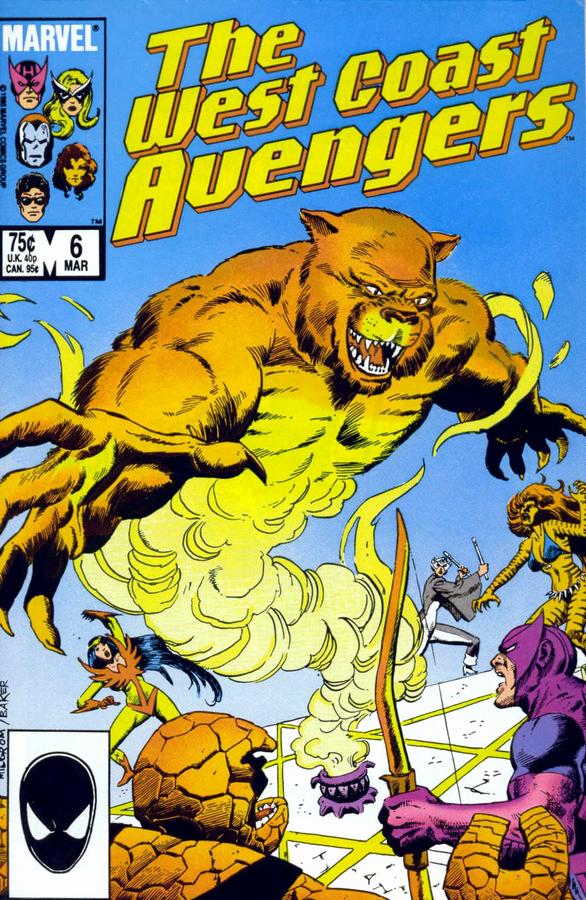 The team, working with Dr Morbius, is trying to free Tigra of her cat-curse, even though Tigra isn’t exactly sure if that’s what she wants. Wonder Man gets a part in a big Hollywood blockbuster (with Arnold Schwarzburger) as the public continues to adore him. With Iron Man healing from his wounds from last issue, Firebird and the Thing help out the team as they visit “The Land Within”. Pym meets with Ultron who wants to be a good robot now. And returned with her cat people, Tigra comes to a decision.

The first thing that needs to be pointed out is that the usual penciler Al Milgrom does only the layouts for this issue, and the art is by, of all people, the great Kyle Baker. To say that the art is a huge leap forward is an understatement. Milgrom, as I’ve said before, is good, but it lacks a certain spark. Baker, on the other hand, really delivers with a lot of nice little touches.

That said, this issue brings back the overuse of flashbacks to tell the story especially in terms of feeding readers Tigra’s history. Also, the cat people part of the story isn’t really my cup of tea. In fact, it goes too far into furry fandom territory for my liking. The only points I can give it is how Englehart manages to connect the plot to the lingering Master Pandemonium storyline, as Tigra agrees to find the villain and kill him in order to be free of her curse.

Wonder Man’s storyline looks like a poor excuse to poke some fun at Hollywood, but much like how Mockingbird and Hawkeye’s banter feels like it’s being written by someone who’s not married, the movie stuff feels like it’s written by someone who knows nothing about Hollywood. And, really, Arnold Schwarzburger? How is it that it’s okay to name drop Johnny Carson, but not Arnold Schwarzenegger?

The Thing continues to be used in the book to good effect and Hawkeye’s tenaciousness about him being on the team is also used well. Firebird is slowly coming into her own, and her desire to prove herself to the team is a nice touch.

Finally, Hank Pym’s meeting with Ultron shows some promise, but it’s so inherently silly that I’m waiting to see where it goes next before I judge it too harshly.

Boast for Baker’s art. Roast for the disjointed story. One step forward, one step back…

I’m sure that’s not what she meant, Tigra… 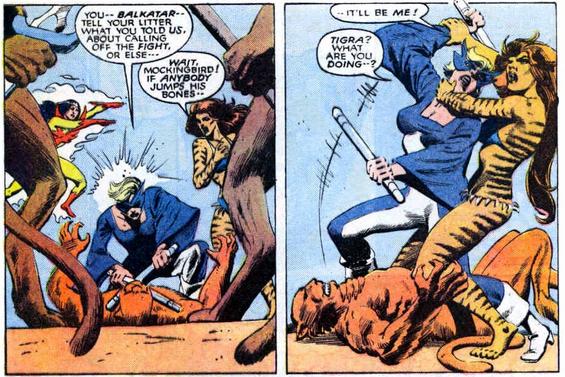