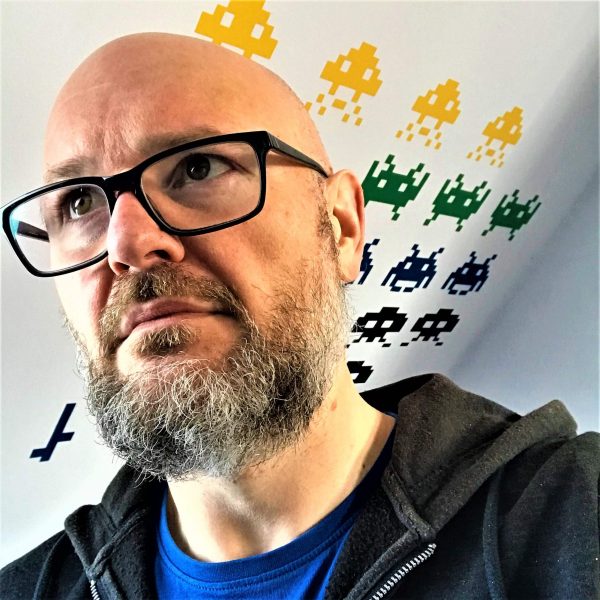 who is christian a. dumais?

My first book The Mystery of the Skull with a Crown was published by my aunt when I was nine years old. This seemingly stream of consciousness, genre-defying, adventure(?) of two men who discover an island that leads them to a mystery(?) involving a skull with – you guessed it – a crown. This limited edition book of ONE is not available in stores.

While I was always an avid reader and writer, I started taking writing seriously when I was a teenager. I wrote numerous short stories and eventually got an internship at the local newspaper when I was 16. By the time I started university, I had been published by almost every local newspaper, including the St. Petersburg Times and the Tampa Tribune.

Add in a lot of influence by writers like André Breton and Henry Miller, and what you have is an ill-advised, impenetrable work of prose that will never see the light of day.

“..an ill-advised, impenetrable work of prose that will never see the light of day.”

I became a writer and cast member on a local sketch comedy television show The Sidewalk Cracks. I was able to work with some great local talented actors, including Joe Davison who would later go on to movies and shows like Stranger Things.

I enjoyed the writing more than the acting. My favorite sketch that I wrote was about a man who woke up from having his wisdom teeth removed to find out that there were complications and his legs were amputated. I actually reused parts of this sketch in my short story “Wisdom” later. I left The Sidewalk Cracks in its third season. 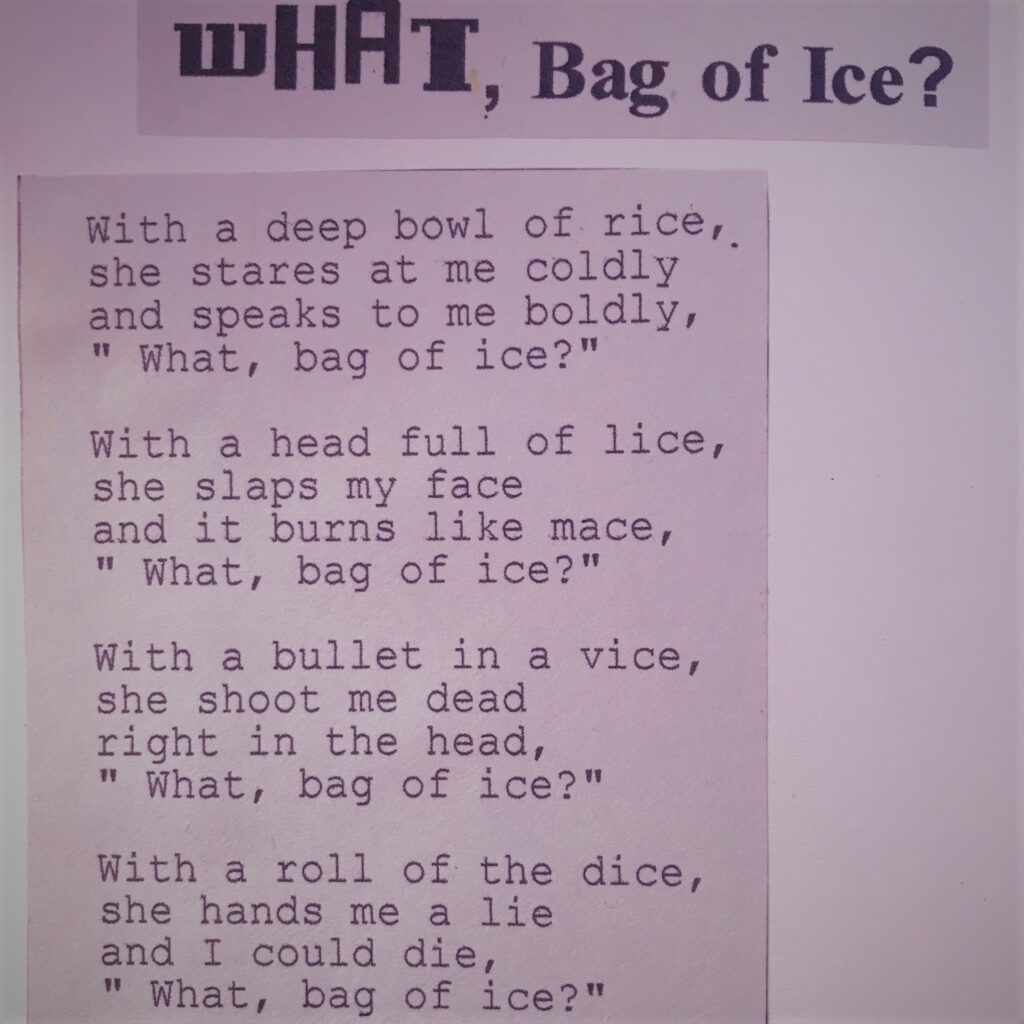 Around the same time, I became active in the spoken word scene where I told stories and read poetry(?). Some of my best memories from this time were at Penny University – a coffee shop in Tampa that had the best weekly spoken word open mic nights.

Let's talk about my books

I managed to get an internship at Weekly Planet, where I expanded my crash course in journalism but with the opportunity to add my own personality.

After getting a few articles published in Weekly Planet, I picked up a writing job at City Style Magazine. I was hired to write a review about the Sugar Palm Ballroom – the hottest swing dancing club in Ybor City at the time – but I instead submitted a gonzo piece that was critical of the swing dancing movement and the Nineties in general:

The crusade of Swing is an illusion; the reaffirmation that our generation is lacking in the substance and drive that defines an era. It gives us the opportunity to clean ourselves up, put on a suit and mingle without having to spend energy on something new. If every generation eventually looks back and recaptures an era to play around in, what exactly will the people of the future extract from the Nineties?

And while we wait for that answer, I know at dawn I will hate myself, because I’ll come to terms with the fact that we could have been starting a revolution, or perhaps a new religion, but instead, we got drunk, sloppy and stupid, inside an era that was nothing like our own.

from “The Illusion of Swing”

“This drug-induced reflection of the 1997 Lilith Fair in Atlanta got me fired (along with the Editor in Chief) from the magazine.”

“It Don’t Mean a Thing” (later retitled “The Illusion of Swing” when collected in Empty Rooms Lonely Countries) was published in September 1998 and it opened the door for a monthly column in the magazine. I would end up writing a total of six pieces of City Style. My final article “Defying Gravity” was published in April of 1999. This drug-induced reflection of the 1997 Lilith Fair in Atlanta got me fired (along with the Editor in Chief) from the magazine.

Let's talk about my comedy

In 2001, I co-founded Legion Studios, an online publication that published writers and artists like Suzanne Madron, Joey Madia, and Nicholas Pendleton – to name a few.

During this time, I published stories regularly on Legion Studios, as well as other websites like Slush Factory, TooSquare, and Crazed Fanboy.

I’ve written and drawn comic strips such as Broken Seal and Youth in Asia, both of which were published by Legion Studios and Crash Test Magazine, respectively.

In 2003, I moved to Poland, where I continued to write and get published by magazines like GUD, Third Wednesday and Shock Totem.

All things considered, Maher’s side-effects are mild by comparison. Those who’ve witnessed the video in its entirety are said to suffer from continued high blood pressure, severe headaches, excessive itching in the areas of the ears and eyes, dizziness, loss of equilibrium, severe panic attacks, and intense ringing in the ears. Viewers, like Maher, who’ve seen only small portions of the video, complain of watering eyes, toothaches, dry mouth, and cold spells, among other things. Most disturbing are the alarming number of suicides.

from “Leave Me the Way I Was Found”

In 2009, I published Empty Rooms Lonely Countries – decade’s worth of short stories, wandering through two continents, five countries and multiple universes to explore love, loss and redemption in the 21st century.

Empty Rooms Lonely Countries was a turning point for my work, allowing me to assess my writing up until then and step back from the more biographical elements of my storytelling. The then-goal was to focus exclusively on fiction, particularly horror, but then Drunk Hulk happened.

“The then-goal was to focus exclusively on fiction, particularly horror, but then Drunk Hulk happened.”

I off-handedly created @DRUNKHULK on Twitter in October of 2009:

I wish I could explain to you the process of what happened next, but somewhere along the way I was thinking about the Hulk. I considered the idea of what he’d be like drunk and melancholy. I found some comic panels of the Hulk dizzy and then vomiting. I thought of Twitter. I saw that “@DRUNKHULK” was available. I created the account. All of this happened in a span of about five minutes. I say this to you to explain that I honestly put so very little thought into Drunk Hulk that it’s embarrassing. At 11:19 am, I tweeted: HULK DRUNK!”

from Smashed: The Life and Tweets of Drunk Hulk

What followed was a ridiculous five year adventure. Drunk Hulk became an internet and pop culture sensation with nearly 200,000 followers. The feed was featured in various publications like Time, Rolling Stone, Huffington Post, and mentioned on NPR, Comedy Central, MTV and more.

If you want to know more about that, you can read all about it, as well as most of Drunk Hulk’s tweets in Smashed: The Life and Tweets of Drunk Hulk (published in 2014).

In 2011, I created, wrote for, and edited Cover Stories, a euphictional anthology with 100 short stories from 10 different writers. Euphiction is a writing genre where writers do literary “cover versions” of specific songs – a marriage of musical inspiration with the written word, or a story that works like a three-minute single. While the project was intensely complicated, the book was an amazing collaborative process and has some of my most favorite short stories to date.

She asked him where he’d been. He told her about Europe. How he walked through France, through Germany, through Poland, and then “I kept on walking.” He found himself in countries he never knew existed until he found Russia. Like Texas, Russia never wanted to end.

When he found nowhere, he’d stay until it became somewhere, and then he’d keep going. Then there was the ocean and the islands, where he declined a thousand invitations to live with the sun for the rest of his life.

He pointed a finger to the sky.

He told her about the rocket, the way gravity does everything in its power never to let go, and when it finally does, you wonder why you ever needed it.

from “Here’s to You and the Stars Above”

While my commitment to writing fiction was alive and well with projects like Cover Stories, writing as Drunk Hulk helped me rediscover my joy of writing comedy.

On top of that, I was being invited to numerous public speaking events and I remembered how much I enjoyed being in front of a live audience.

At the same time, I met Famous Jim Williams – a local American stand up comedian – who was in the process of creating the English comedy scene in Wroclaw. I was fortunate enough to go along for the ride and realized that I REALLY loved making people laugh. 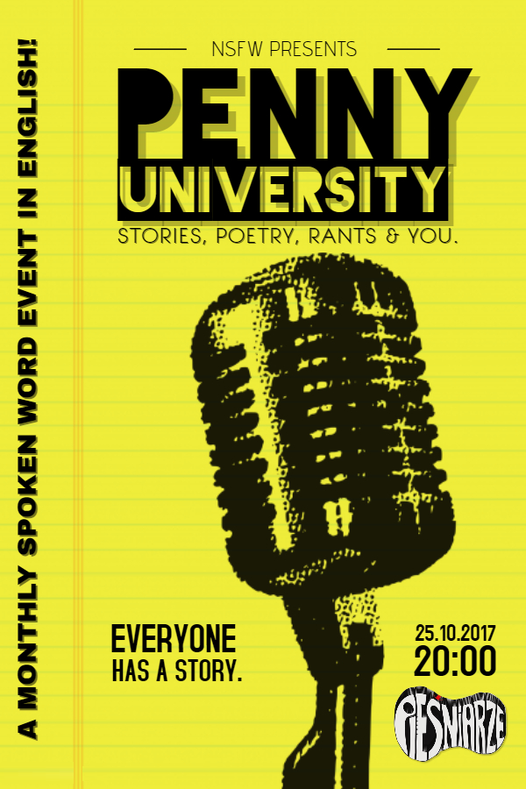 Over the last decade, I also spent a lot of time ghostwriting books for clients, with the occasional short story of my own published here and there.

Not only did I manage to build two one-hour comedy shows and tour around Poland, I put together my own Penny University – spoken word open mics in Wroclaw where others could discover their own voice.

My newest collection of short stories is due out later this year.